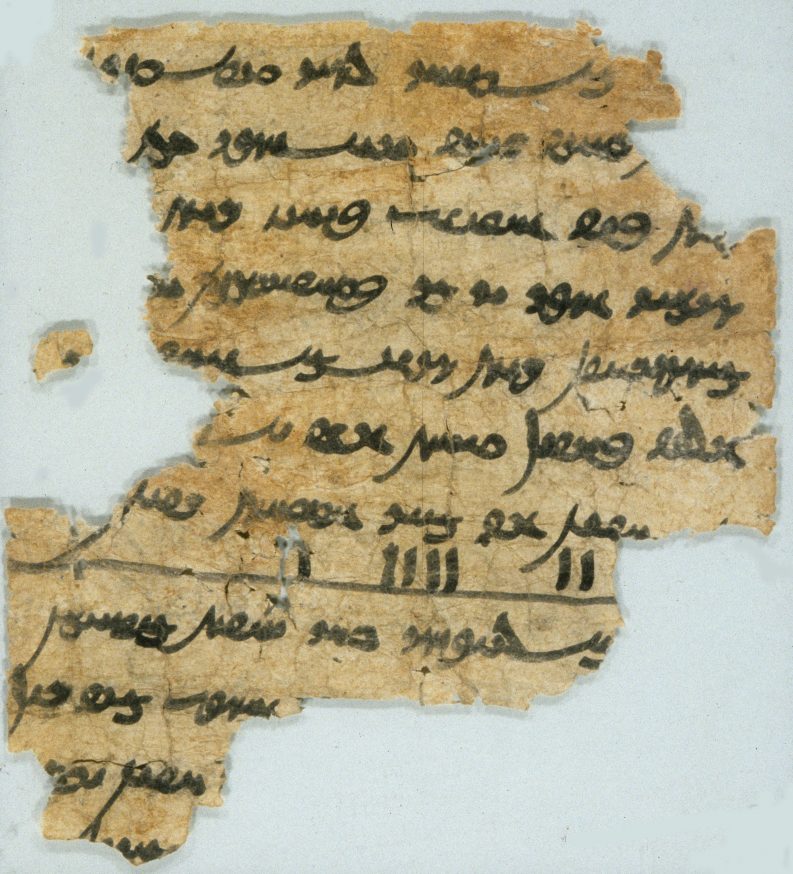 Vol. 30 of the Bulletin of the Asia Institute has just appeared. In addition to many other interesting articles (see full list below) it contains two papers by our Chair of Trustees, Nicholas Sims-Williams.

The first is his edition of the Bactrian inscription of Jaghori (Ghazni Province, Afghanistan), the discovery of which we reported in an earlier blog . The inscription is dated in the middle of the 8th century CE, probably in July 757 (140 AH), and commemorates the defeat of an “Indian prince” by a local prince named Frum Kesar.

Nicholas’s second article is concerned with two dice-divination texts in Sogdian, the mediaeval language of the area around Samarkand in modern Uzbekistan. The idea of such texts is that by rolling three dice and looking up the paragraph in the text headed by the numbers which come up on the dice, one can discover what fortune to expect. Sometimes the fortune is expressed in a straightforward way: “You will get gold very quickly, do not worry!”. In other cases, the reader has to interpret a more enigmatic statement: “A wolf has no trouble with a cow, but he does not associate with a lion”.

One of these Sogdian texts is known from two fragments, which can theoretically be joined. The first fragment (illustrated at head: ©Depositum der Berlin-Brandenburgischen Akademie der Wissenschaften in der Staatsbibliothek zu Berlin – Preussischer Kulturbesitz, Orientabteilung) is preserved in the Berlin Turfan collection. The second was probably lost during the Second World War, but luckily its text can be reconstructed from a transcription by the late Ilya Gershevitch, which is now amongst his papers deposited in the Ancient India and Iran Trust. This type of text, which originated in India, spread throughout Asia and the Middle East, and has continued in use up to modern times. An example in Arabic is MS. Bodl. Or. 133, ff. 131a–163a, which is available online: https://digital.bodleian.ox.ac.uk/objects/5c9da286-6a02-406c-b990-0896b8ddbbb0. The headings in the Arabic text imply that the dice were marked not with numbers but with letters, as is also the case with one of the two Sogdian texts.

Volume 30 of the Bulletin of the Asia Institute is available to view at the trust (shelfmark PER179 – journals). Please contact the [email protected] to book a reading room.

• M. Rahim Shayegan, “The Cameo of Warahrān II and the Kušano-Sasanians”

• Frantz Grenet, “From Babylon to Sasanian Iran and Sogdiana: Rituals of Royal Humiliation and the Substitute King”

• Dieter Weber, “Studies in Some Documents from the ‘Pahlavi Archive’ (3)”

• Nicholas Sims-Williams, “The Bactrian Inscription of Jaghori: A Preliminary Reading”

• Harry Falk, “Revision of Kharoṣṭhī Inscriptions in the Light of New Material”

• Anca Dan and Frantz Grenet, “Alexander the Great in the Hephthalite Empire: “Bactrian” Vases, the Jewish Alexander Romance, and the Invention of Paradise”