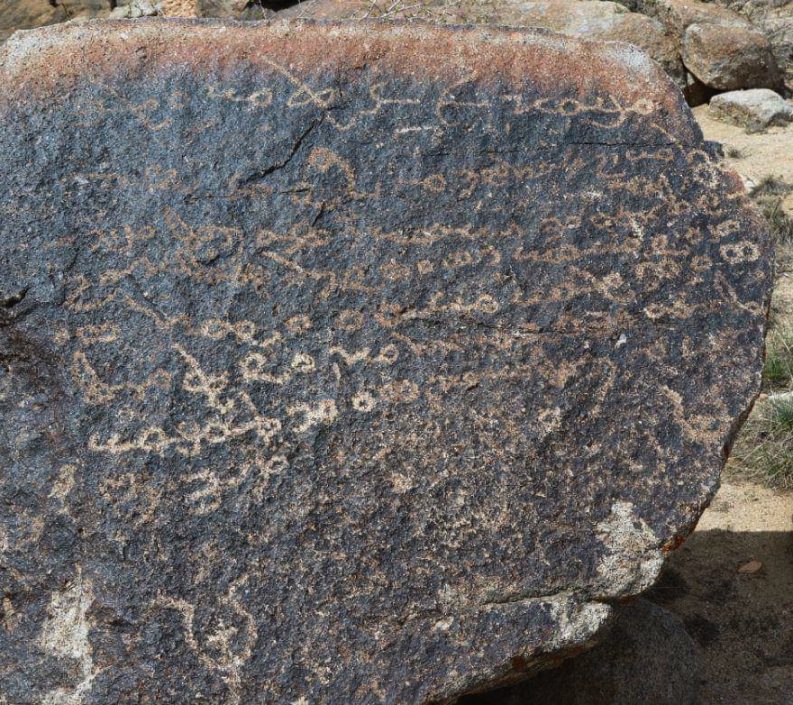 Bactrian, the main administrative language of pre-Islamic Afghanistan, is unique amongst the languages of the Iranian family in being written in a script derived from Greek, a legacy of the conquest of the region by Alexander the Great in the 4th century BCE. Until recently, the Bactrian language was almost unknown. Over the last 25 or 30 years, however, nearly 200 Bactrian documents written in cursive Greek script on parchment, cloth or wood have gradually come to light. Most of these documents have been edited and translated by our Chair of Trustees, Nicholas Sims-Williams, in a three-volume work entitled Bactrian documents from Northern Afghanistan (AIIT, B10B27–28). 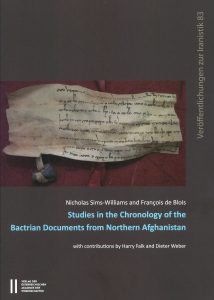 The Bactrian documents are full of information on the history of the region from the 4th to the 8th century CE and many of them turned out to be dated, unfortunately in an era whose starting-point was unknown. In order to establish the chronology of the documents and thus make them available for historical research, the UK Arts and Humanities Research Council funded a project which, as some readers may remember, occupied a basement room at the AIIT from 2004 to 2008. The results of this project were finally published in 2018 in the multi-authored book Studies in the Chronology of the Bactrian documents from Northern Afghanistan (AIIT.b.211) . The cover of the book shows a letter dated in the year 198 of the Bactrian era, in the 10th month. On the basis of the chronology adopted in the book, this is equivalent to May/June 421, during a period when the region was controlled by the Sasanian dynasty of Iran.

Discoveries of new Bactrian materials continue! The most recent is an inscription on a rock in the Jaghori district of the province of Ghazni (illustrated at head), which was first made known on Facebook by Rohullah Jawadi in 2012. More recently the discovery was publicized by Dr. Shariyati Sahar who provided excellent photos from which it was possible to decipher the inscription. The inscription is dated in the middle of the 8th century CE, probably in July 757 (140 AH) and commemorates the defeat of an “Indian prince” by a local prince named Frum Kesar. This name, literally “Caesar of Rome”, is well known as that of a king whose reign ended in 745 CE. The prince named here may have been his grandson, the crown prince or heir apparent at the time of the inscription, since it was customary to name an eldest son after his paternal grandfather.

Enlarged photo of the tamgha.

The tamgha or dynastic symbol of the ruling family appears twice below the text (see picture above). An edition and translation of this inscription, based on photos kindly supplied by Alexandre Montagne (Alimadad Mohammadi) and other Afghan friends, will appear later this year in the Bulletin of the Asia Institute.