A Research Centre in the Heart of Cambridge

Established in 1978, the Ancient India & Iran Trust occupies a unique position as an independent charity concerned with the study of early South Asia, Iran and Central Asia, promoting both scholarly research and popular interest in the area. 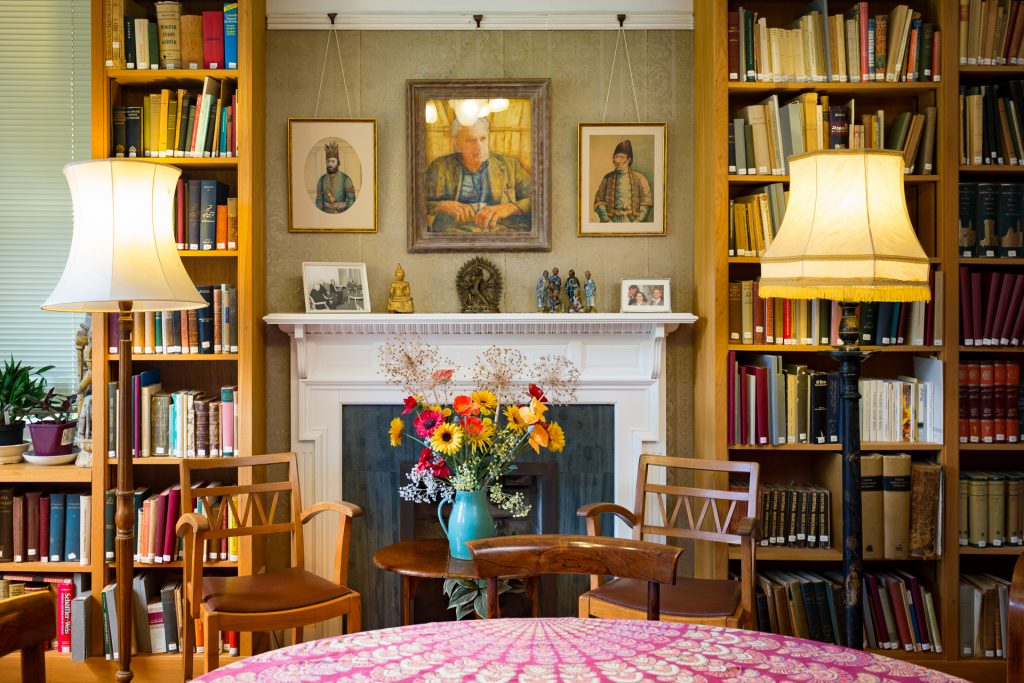 We have a library of over 50,000 items and organise a range of activities including conferences, public lectures and visiting fellowships. In modern geographical terms our area of interest includes the countries of South Asia – India, Pakistan, Bangladesh, Sri Lanka and Nepal – together with Afghanistan, Iran, parts of Central Asia and parts of South East Asia. Our primary focus is prehistory, archaeology, art history, linguistics and ancient languages, but this often extends to more modern topics and other disciplines.

The Ancient India & Iran Trust was originally founded in 1978 by a group of five scholars: Professor Sir Harold Bailey, Professor Joan Van Lohuizen, Dr Jan Van Lohuizen, and Drs Bridget and Raymond Allchin. Acutely aware of the absence of any institution in Britain focusing specifically on their collective fields of interest, in 1981 they purchased a large Victorian house set in in gardens at 23 Brooklands Avenue, near the Railway Station, the Botanical Gardens and central Cambridge. This became the repositories of their specialised libraries and was also the home until his death at the age of 96 of our first Chair, the distinguished scholar and linguist, Professor Sir Harold Bailey. 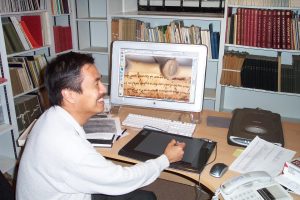 Today, the Trust runs a regular series of public lectures, visiting fellowship programmes and a bursary scheme for people wishing to come and use the library resources. It also organises and hosts conferences, high profile lectures and occasional exhibitions, and has produced some publications. In addition, it created and funded the British Archaeological Mission to Pakistan in the 1980s and has provided a base for external research projects such as the AHRC funded Manichean Dictionary Project (1999-2005), the Bactrian Chronology Project (2004-7) and most recently the Transmission of Texts from Turfan (2012-2015). In 2005 the Trust was voted runner up in the Arts, Culture and Heritage category of the Charity Awards. 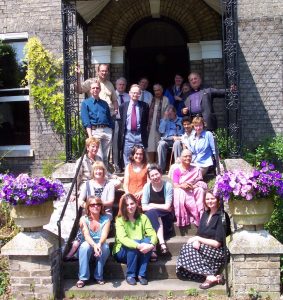 We are open Monday-Friday. Anyone interested in using our library or attending our lectures and other events is welcome; please click here for details of how to contact us.

The library is is open between 9am and 1pm Monday to Thursday and 9.30am and 1.30pm on Fridays, and at other times by arrangement. All are welcome whether scholars, students, or interested members of the public. If you wish to visit the library for the first time, please contact either the Administrator (01223 356841), or the Librarian (01223 702095) for an appointment. You will be asked to bring identification and a letter of introduction, to complete an application form and to sign the visitors book on each visit.

INDIRAN is the newsletter for the Ancient India & Iran Trust. It’s a great way to stay connected with the Trust.

The Allchins in Afghanistan in 1951

1 April, 2020At the beginning of March, the Trust welcomed NTICVA (Nehru Trust for the Indian Collection at the Victoria and Albert Museum) Visiting Fellowhip recipient Professor Arjun Rao. Professor Rao.

Feasting on the Shahnameh

12 October, 2018Amongst the manuscripts we hold at the Trust is Abolqasem Ferdawsi’s tenth-century epic Persian poem, the Shahnameh, copied in Samarkand in 1604. When I first applied for the Administrator.

20 May, 2022Gérard Fussman at the Collège de France