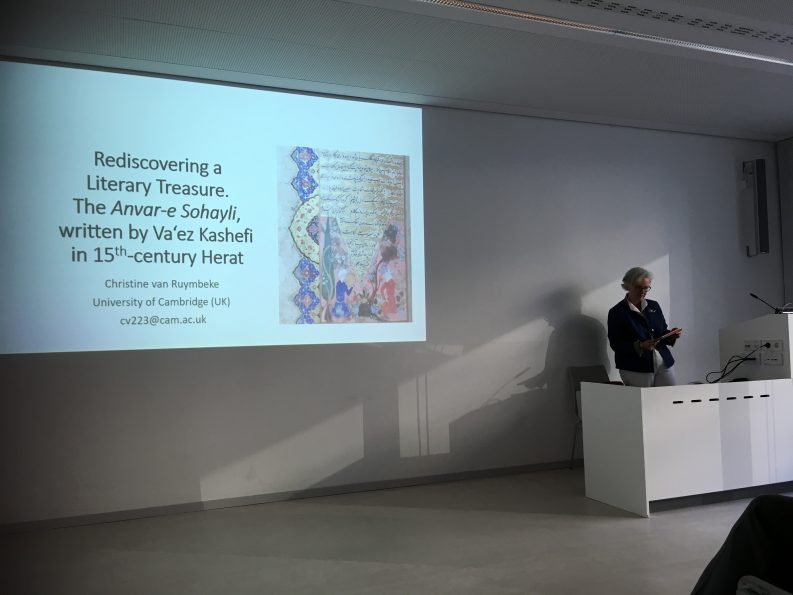 On 10 September 2019, AIIT trustee Christine van Ruymbeke treated the participants of the Ninth European Conference of Iranian Studies, held in Berlin on 9–13 September 2019, to her keynote lecture: ‘Rediscovering a literary treasure. The Anvār-e Sohayli written by Vaʿez Kāshefi in 15th-century Herat’. And what a treat it was! It was a pure delight to listen to Christine as she spoke on the literary merits of Kāshefi’s work, and the many failures of scholars to see them. The richly illustrated lecture was spiced with wit, especially when Christine discussed E.G. Browne’s damning assessment of the Anvār-e Sohayli and when she brought the fables to life and demonstrated their relevance even today. It was an event not to be missed. The lecture was chaired by Professor Beatrice Gruendler, who is shown in the picture below with Christine.

The Trust was well-represented at the conference, with fellow trustees Nicholas and Ursula Sims-Williams also participating with myself and Christine. 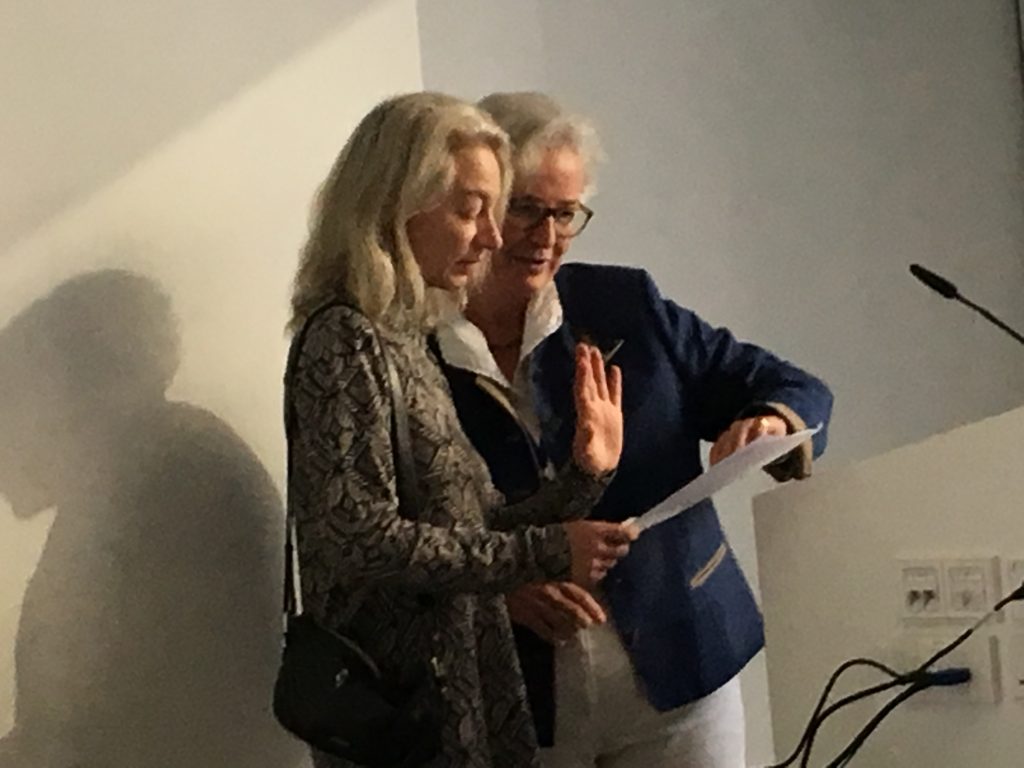