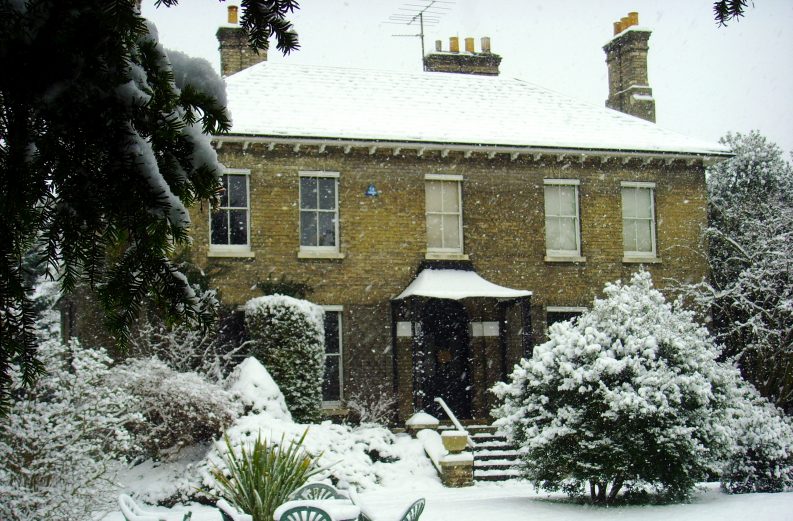 December 16th marked the 119th anniversary of the birth of our founding Trustee Sir Harold Bailey in 1899, just before the turn of the century – as he often reminded us. During his lifetime he regularly held a birthday tea-party on that date to which he invited colleagues and their partners. An especially charming custom was to present each of the ladies with a scented freesia. However, the main attraction was always the cake, a traditional fruit cake on which he had inscribed a word. Usually the word was too obscure to be recognised by most of the guests, but he would always introduce the cutting of the cake with a detailed explanation, making the annual event one of the most memorable pre-Christmas festivities.

Since Professor Bailey’s death in 1996 we have kept the tradition alive alternating it with a biennial Bailey memorial lecture series. This year the closely guarded secret of the cake decoration was revealed by our treasurer Almut Hintze who picked not a word but the number 691, the date, according to the era of Yazdegird, of the oldest dated Zoroastrian manuscript. As she explains 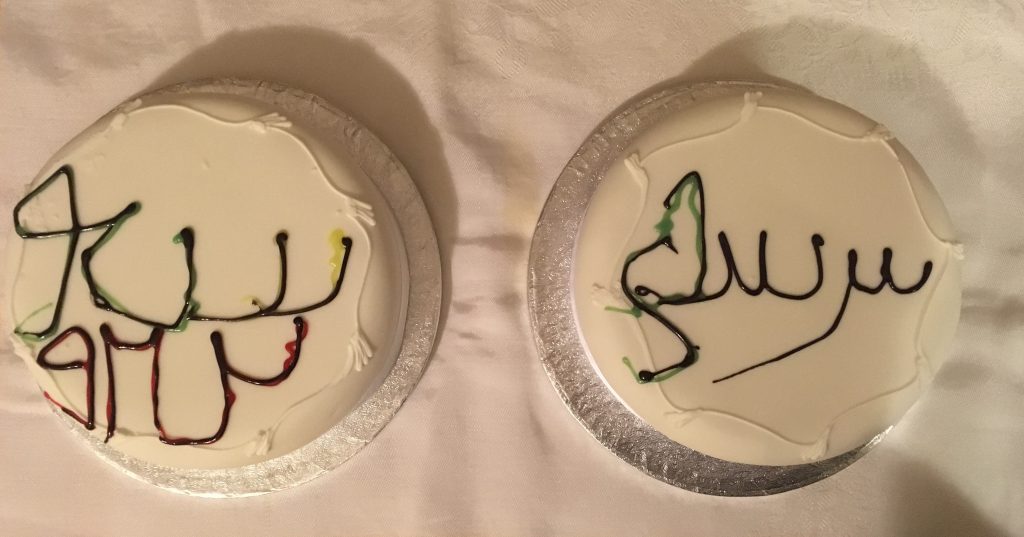 The number is written in the Pahlavi script. It is read from right to left in Semitic fashion and starts with a six, as indicated by the six little hooks. Then it is followed by the sign for a hundred, by two hooks each of which stands for twenty, then by the number for 50 and finally by the word for one, ēk. Now you have to add them all together and you get six hundred, twenty, twenty, fifty, and one, i.e. 691 in total.

You can read the full text of her explanation here. 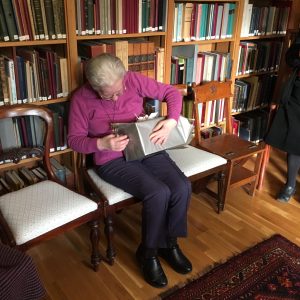 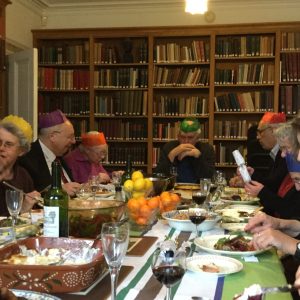 Meanwhile, as we closed for Christmas and New Year we bade a sad farewell to Jose John who has been at the Trust since 1997. Working first as Bridget Allchin’s assistant she moved to work part-time in the Library. We wish her well and look forward to her return as a volunteer in the New Year.

We’d like to take this opportunity to wish all our friends, readers and visitors a very happy Christmas and New Year holiday. We’ll be back on January 7th 2019.