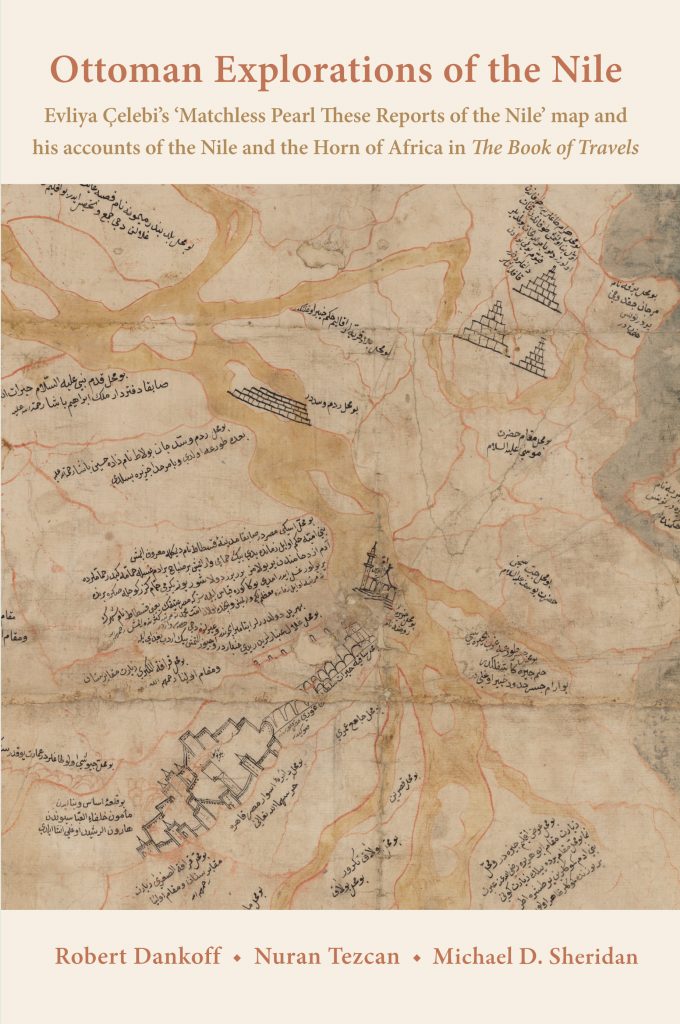 The trust library was delighted to receive as a gift the newly published Ottoman Explorations of the Nile : Evliya Çelebi’s ‘Matchless Pearl These Reports of the Nile’ map and his accounds of the Nile and the Horn of Africa in The Book of Travels by Robert Dankoff, Nuran Tezcan and Michael D. Sheridan.  This is a new, revised and expanded English edition of the 2010 Turkish publication, which first contextualises Çelebi’s elaborate map of the Nile and his account of his Nile journeys in Volume 10 of his Seyahatname (The Books of Travels) and then presents both the map and travel account in an English translation.  The book is the third in the Royal Asiatic Society‘s Ibrahim Pasha of Egypt Fund Series, published in collaboration with the Gingko Library and includes a folded, colour copy of the complete map of the Nile (held in the Vatican Library; Vat. Turc. 73).

As the preface states, these two documents attest to “the most ambitious effort, before the time of Napoleon…to explore and map out the Nile…undertaken by the Ottomans – circa 1685 – and both apparently by the same man.” (Preface, x).

The book can be accessed for reference in AIIT’s library, shelfmark: AIIT.a.1972