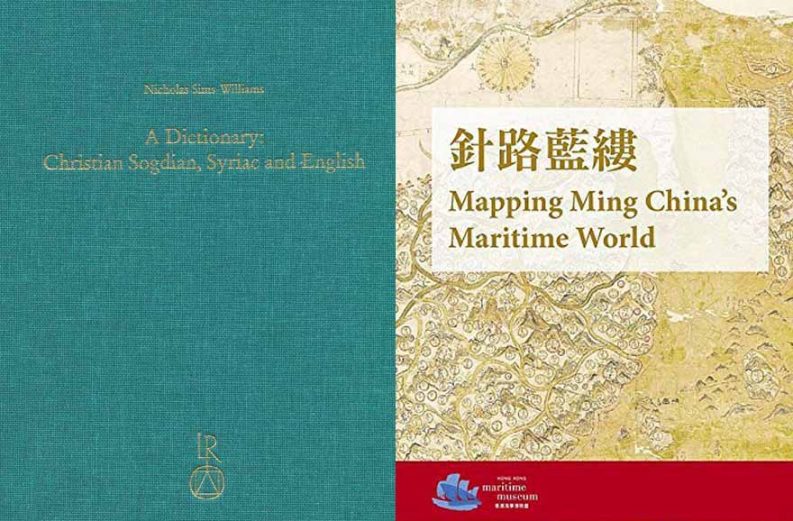 Many works of Syriac literature were translated into Sogdian, a Middle Iranian language originating in the region of Samarkand and widely spoken along the so-called “Silk Road”. This Christian Sogdian literature, which includes biblical, liturgical, ascetic and hagiographic texts, is chiefly known from a cache of manuscripts discovered in 1905 at the site of the ruined monastery of Bulayïq in the Turfan oasis. It is important for Syriac studies, since the Sogdian translations were often made on the basis of earlier recensions than those which survive in Syriac and since some texts are no longer extant in Syriac. It is no less important for Sogdian and Middle Iranian studies, since those texts whose Syriac originals can be identified provide a firm basis for the understanding of the Sogdian language; moreover, the material in Syriac script, with its elaborate system of vocalic points, is a unique source of information on the pronunciation of Sogdian.

The present Dictionary consists of two main sections followed by a comprehensive English index. Part 1, arranged by Sogdian lemmata, provides a complete listing of all words attested in published Christian Sogdian texts, both in Syriac and in Sogdian script, including variant spellings, full parsing of all inflected forms, and details of their equivalents in the most closely corresponding Syriac parallel text. In Part 2 the same material is arranged by Syriac lemmata. The two parts together make it possible to see what Syriac form or forms any Sogdian word can represent and how any Syriac word or idiom is translated into Sogdian. The dictionary thus fulfils a range of functions. Firstly, it will provide a reliable guide for anyone who wants to read the extant Christian Sogdian texts; secondly, it will assist future editors in identifying, restoring and translating Christian Sogdian texts; and thirdly, it will contribute to the study of the transmission of literature from Syriac into Sogdian and the techniques of the translators.

The majority of the Christian Sogdian texts from which the dictionary is compiled can be viewed online on the Turfanforschung Digital Archive or on the International Dunhuang Project Database.

In a recent post on facebook, we highlighted Professor Fung Kam Wing’s donation of this two-volume publicatin of the Hong Kong Maritime Museum. Based on a 2014 international exhibition and symposium: Mapping Ming China’s Maritime World – The Selden Map and Treasures from University of Oxford, this 2-volume set presents a multidisciplinary approach to the sixteenth-century map bring to light the latest research on the historical implications of the Selden Map of China and rutters, underwater archaeology, seafaring and maritime trade, and the relationship between China and Southeast Asia during the Ming dynasty. The book set also reprints in colour the Selden Map and other navigation charts, manuscripts of two Chinese rutters, and a selection of export porcelain.

Volume I is primarily a catalogue of the exhibition , and volume II contains the proceedings of the nineteen papers presented at the symposium.

Further information about the Selden map is available on a dedicated website: http://seldenmap.bodleian.ox.ac.uk/about/.