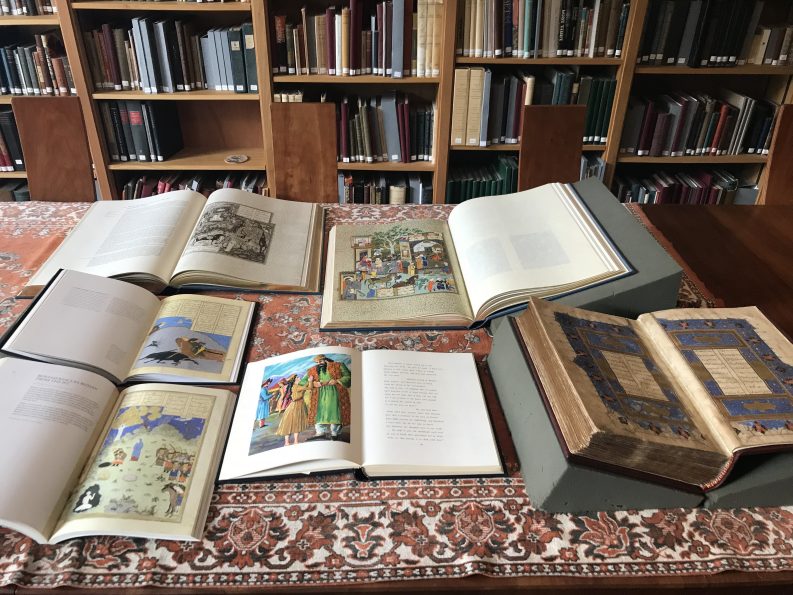 Amongst the manuscripts we hold at the Trust is Abolqasem Ferdawsi’s tenth-century epic Persian poem, the Shahnameh, copied in Samarkand in 1604. When I first applied for the Administrator post, this felt like an added reason to work here, as my name derives from that of Manizheh, the daughter of King Afrasyab and the heroine of the love story ‘Bizhan and Manizheh’ told in the Shahnameh. That this story was housed here reinforced the personal affinity I have always felt with the Trust. 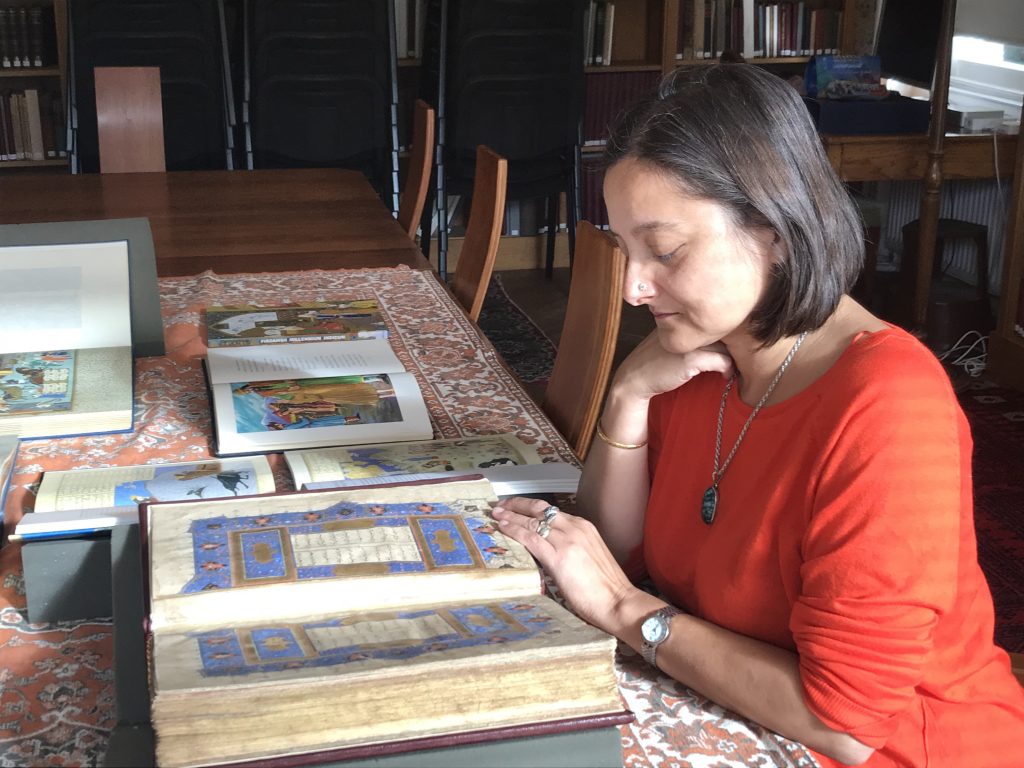 However, while I was aware of my namesake’s story – not least because our Trustee Librarian, Ursula Sims-Williams, told it at one of my first Christmas parties at the Trust as a touching welcome gesture – the Shahnameh has remained on my perennial list of things I ‘should’ read. The nudge to finally act on this intention came when I saw that the spellbinding Cambridge Storytellers were holding an ‘Epic Weekend’ in September 2018, during which the entire Shahnameh (Dick Davis’s translation) would be divided between and brought to life by a gathering of tellers from across the UK. Although I had no storytelling experience myself, I felt impelled to go and diffidently signed up. 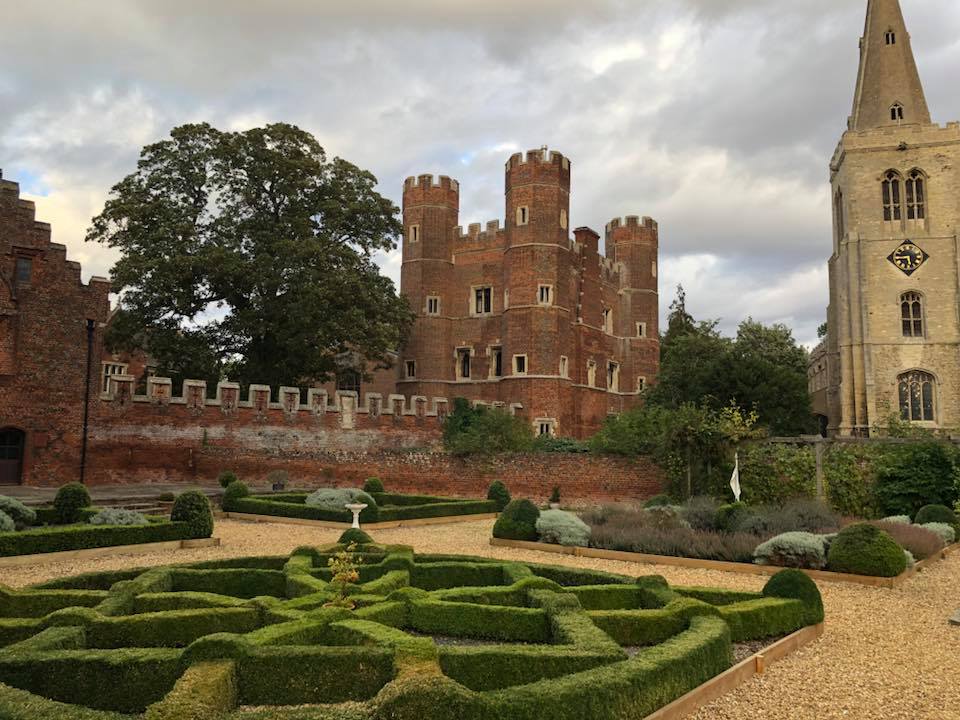 And now, returning to the ‘real’ world, the pile of books about the Shahnameh still on my desk at work – which our Assistant Librarian, Jo Salisbury, immediately retrieved from our library when she found out what I was doing – I realise what a unique and magical experience this was. Hearing the stories being brought to life by a masterful range of tellers, who all injected their own personalities into the telling, was an enthralling way to spend a weekend. We feasted on the Shahnameh for two days and two nights (a rather short feast by the epic’s standards) in the idyllic, historic setting of the Claret Centre, Buckden Towers, and all other thoughts and concerns were centuries and continents from our minds. It was like a storytellers’ rave, where we intoxicated ourselves to excess on tales of just and unjust kings, passionate and wise heroines, valiant warriors ‘as tall as cypress trees’ (which became a bit of a running joke) and benevolent and evil mythical creatures. Each story built upon the last and enchanted you towards the next. In this multi-voiced, modern telling, yet another living layer was added to this spectacular epic, and this, I realised, was how I was meant to get to know it. When my turn came – of course, I told the story of ‘Bizhan and Manizheh’ – I felt that exquisite unity of dancer and dance, which surprised me as several times the week before, when I had desperately been trying to memorise my story, I had perplexedly asked myself what I had gone and signed up for. 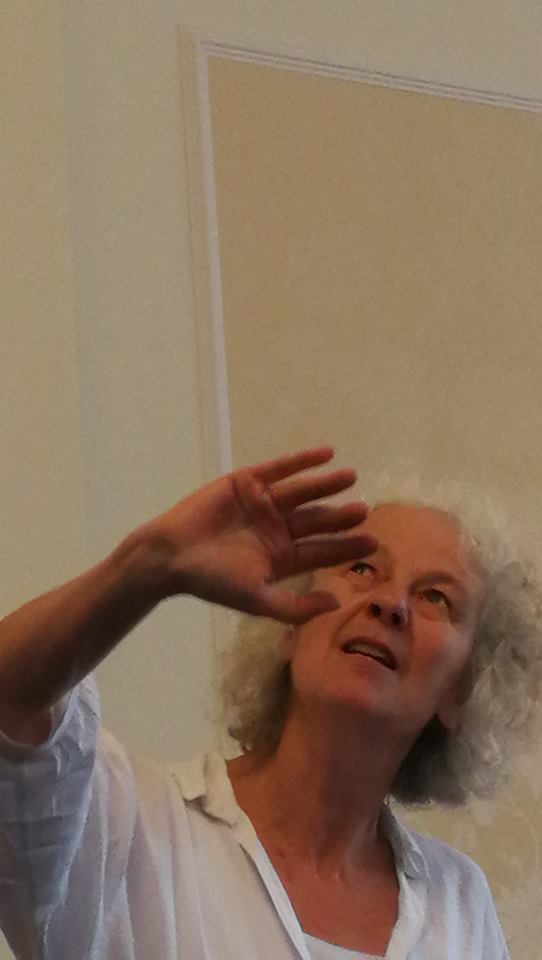 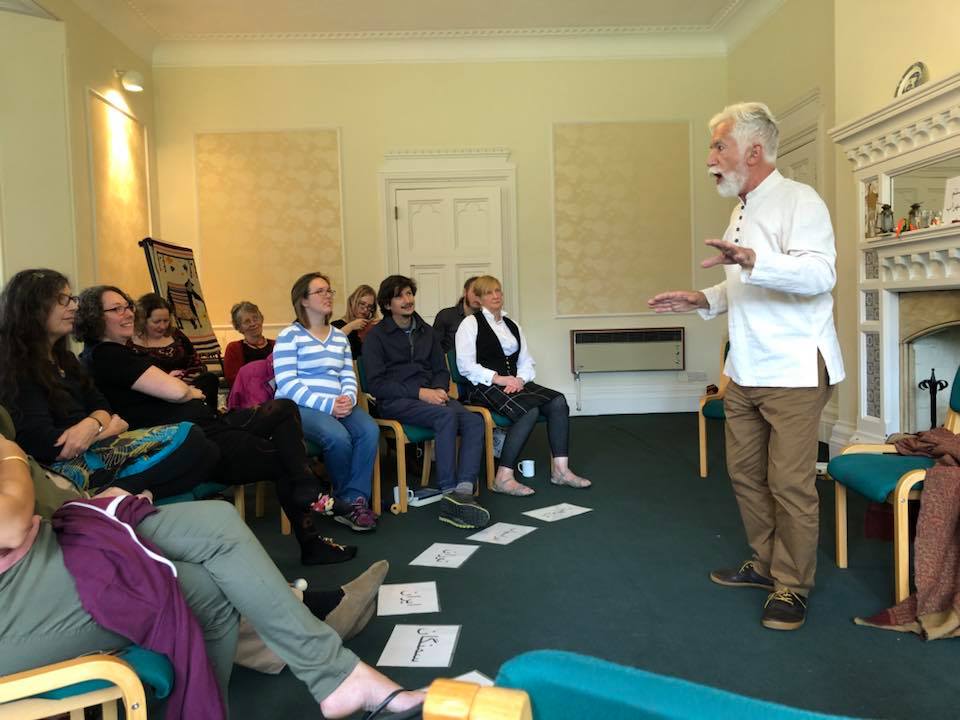 Not only did the weekend itself create strong feelings of connection, between the tellers, and the past and the present, but it also threw up some serendipitous connections with the Trust. It just so happened that a visiting scholar from Japan, Bill Mak, was here on a Trust bursary the week before the Epic Weekend, to look at our Sanskrit manuscripts, and he was staying with one of the tellers, Mark Wainwright, with whom he had connected through the Couchsurfing website. I had met Mark the previous week at a pre-Epic Weekend workshop at the house the organiser, Marion Leeper (former Bard of Cambridge), and felt a couple of Cambridge worlds pleasingly collide when he brought Bill to the Trust on his first day and ended up rehearsing his story to me in our upstairs office. Bill then also came along to the weekend as a listener before he flew back to Japan on the Monday morning.

I also met another Friend of the Trust among the tellers, and one of our tenants at the Trust, originally from Iran, found and transcribed for me a couplet that I have often had quoted to me during my life, including by him, which I now wanted to quote back in my telling.

I am Manizheh, daughter of Afrasyab
Once the sun never saw me unveiled

but, over a thousand years later, she is still telling her tale, under the dedicated guardianship of organisations like the Cambridge Storytellers and the Ancient India and Iran Trust.