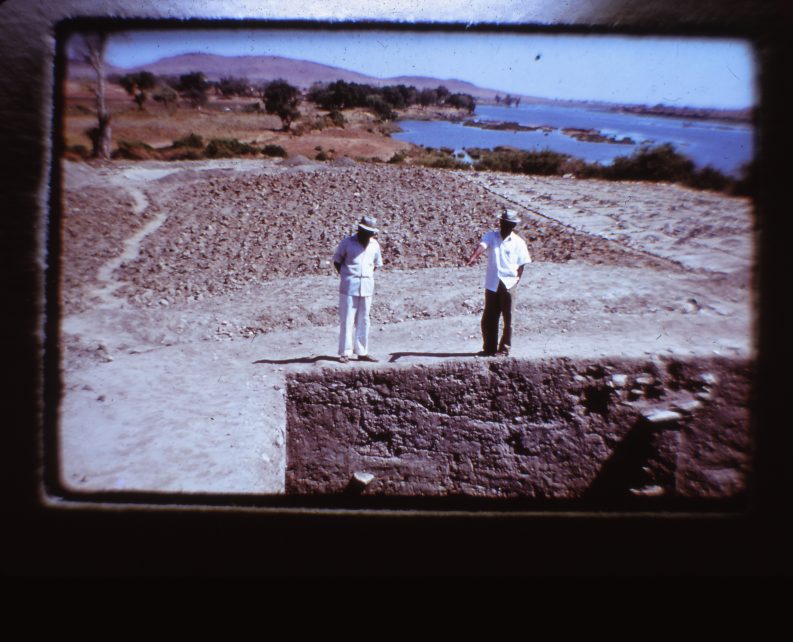 At the beginning of March, the Trust welcomed NTICVA (Nehru Trust for the Indian Collection at the Victoria and Albert Museum) Visiting Fellowhip recipient Professor Arjun Rao. Professor Rao is from the Department of History and Archaeology at Central University, Karnataka, and is currently working on several areas of prehistoric archaeological research, but wanted to visit AIIT during his fellowship in the UK to look at the research papers and notes related to Raymond Allchin’s PhD thesis on prehistoric sites in South India. 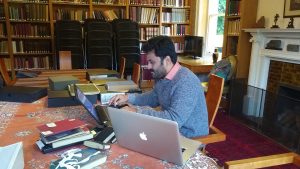 The trust archive holds a copy of Raymond Allchin’s thesis ‘The Development of Early Culture in Raichur District of Hyderabad in the Deccan’, completed in 1954, and Professor Rao was keen to study volume three, specifically the plates and photographs of sites in Raichur, taken in the early 1950s. The Allchin Archive at the trust is still in the preliminary stages of being organised and catalogued, but Professor Rao was able to research and collect data from a number of Raymond’s field and travel notebooks from the early 1950s and also some additional research material on various South Indian sites from 1976. 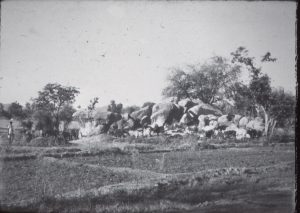 The Allchin photographic collection at the Trust is extensive, totalling over 10,000 listed and indexed slides, which include the archaeological activities of Raymond and Bridget Allchin in South Asia, dating from 1951. Of particular interest to Professor Rao were the extensive collection of slides featuring geographical and archaeological sites across South India, with a focus on the changing landscape and geography of sites in Hyderabad, including Raichur, Hallur and Piklihal from 1952 and 1957 and the Utnur Ashmound excavation of 1957.

With our ongoing work to digitise our photographic collections, it is hoped that a selection of Allchin slides from South India can ultimately be added to the collection of Kabul Museum photographs (taken by Bridget Allchin in 1952), which were the first from the Trust archives to be accessible via the Cambridge University Digital Library (CUDL).