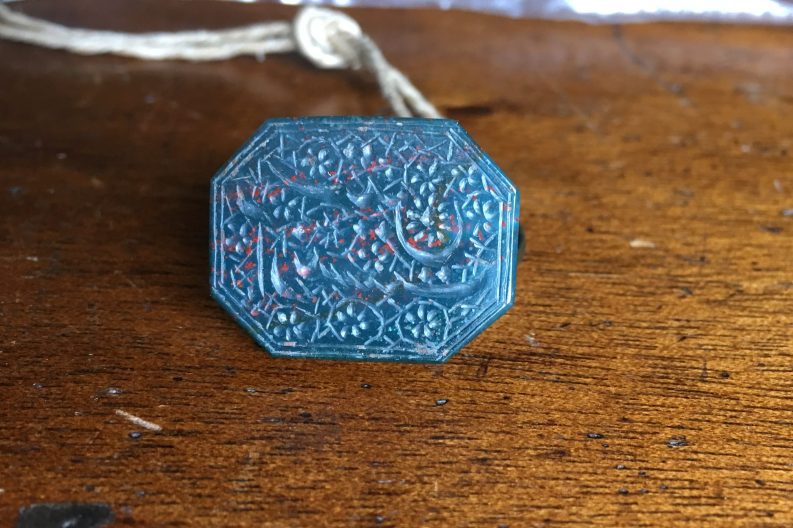 One of the more surprising items in Sir Harold Bailey’s collection at the AIIT is a small sealstone made of a dark bluish green bloodstone, streaked with red specks (as its name suggests!). This was given to Sir Harold by Jeanette Mirsky (1903-1987), author of the biography of the Central Asian explorer and archaeologist Sir Marc Aurel Stein (1862-1943). Perhaps Jeanette Mirsky visited Sir Harold while she was researching her book Sir Aurel Stein, archaeological explorer (Chicago & London, 1977), for in March 1982 he received a belated birthday present, namely the bloodstone sealstone, forwarded to him by a third party, with a note signed by Jeanette Mirsky: ‘This seal was made for Sir Aurel Stein and was given to me by Dr. Gustav Steiner, his nephew-in-law.’

In fact the seal is not Aurel Stein’s but is inscribed ‘Ernst Stein’ without a date. Stein must have commissioned it as a present for his older brother Ernst while he was in India. 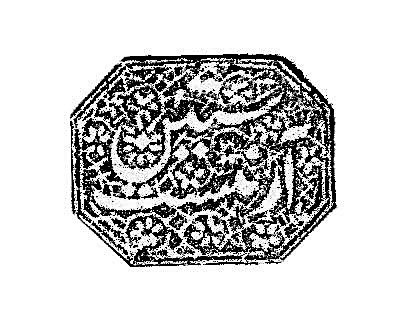 Ernst Eduard Stein (1843-1902) was already 19 years old when his brother Marc Aurel was born. With elderly parents it was Ernst and his uncle Professor Ignaz Hirschler who were largely responsible for Aurel’s education. Ernst continued to have a protective interest in his younger brother’s career, not entirely approving, for example, of Stein’s plans to explore ‘Ancient Khotan’ and other distant places! They remained, however, very close and Stein wrote frequently to his brother and after his death in 1902, to his widow Jetty. 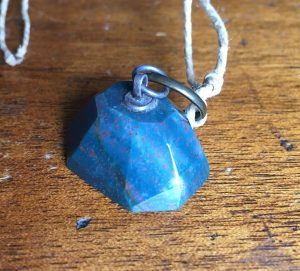 The bloodstone seal, face down

Ernst had two children, Ernst Edward Aurel Stein (1891-1945), a Byzantine historian, and Therese who married Gustav Steiner. Therese and Gustav, both physicians, took refuge in England in 1938 and stayed until the end of the war when they returned to Vienna. Gustav, almost an exact contemporary of Sir Harold, died in 1983 at the age of 84.

Visitors to the Trust are welcome to look at the seal, should they wish. It is accessioned under the number AIIT.misc.a.2.