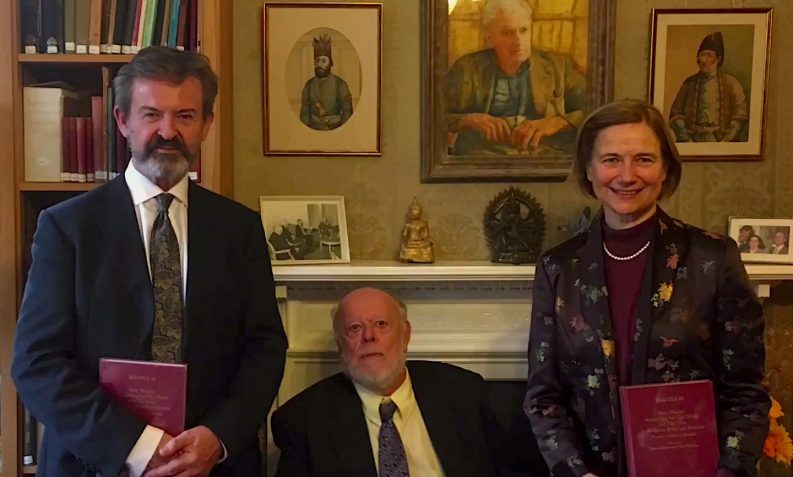 The Ancient and India Iran Trust was recently privileged to hold the launch and presentation of a festschrift to John Hinnells, formerly Professor of Comparative Religion at Manchester University and SOAS, to celebrate his seventy-fifth birthday. 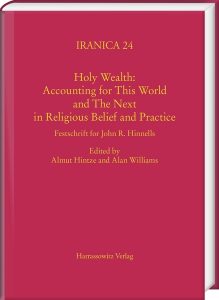 Holy Wealth: Accounting for This World and The Next in Religious Belief and Practice: Festschrift for John R. Hinnells, edited by Almut Hintze and Alan Williams (Iranica 24). Wiesbaden: Harrassowitz, 2017

The volume focuses on the interface between material and spiritual wealth, a theme that runs across many religions and cultures and that incorporates a major strand of John R. Hinnells particular fascination with the Zoroastrians of ancient and modern times, and his more general interest in the positive and life-affirming aspects of religious traditions across many domains. 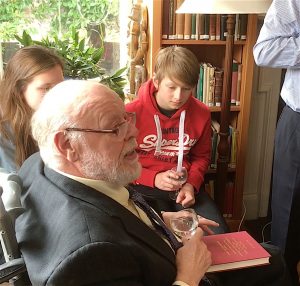 Published in Harrassowitz’s Iranica series with the generous assistance of the Zoroastrian Trust Funds of Europe, the festschrift includes seventeen studies by leading scholars exploring ideas of and attitudes to material wealth and its use for promoting spiritual benefits in Zoroastrian, Mithraic, Christian, Buddhist and Islamic traditions:

A copy of John Hinnells Festschrift is available to view in the trust’s library; shelfmark AIIT.a.1881.