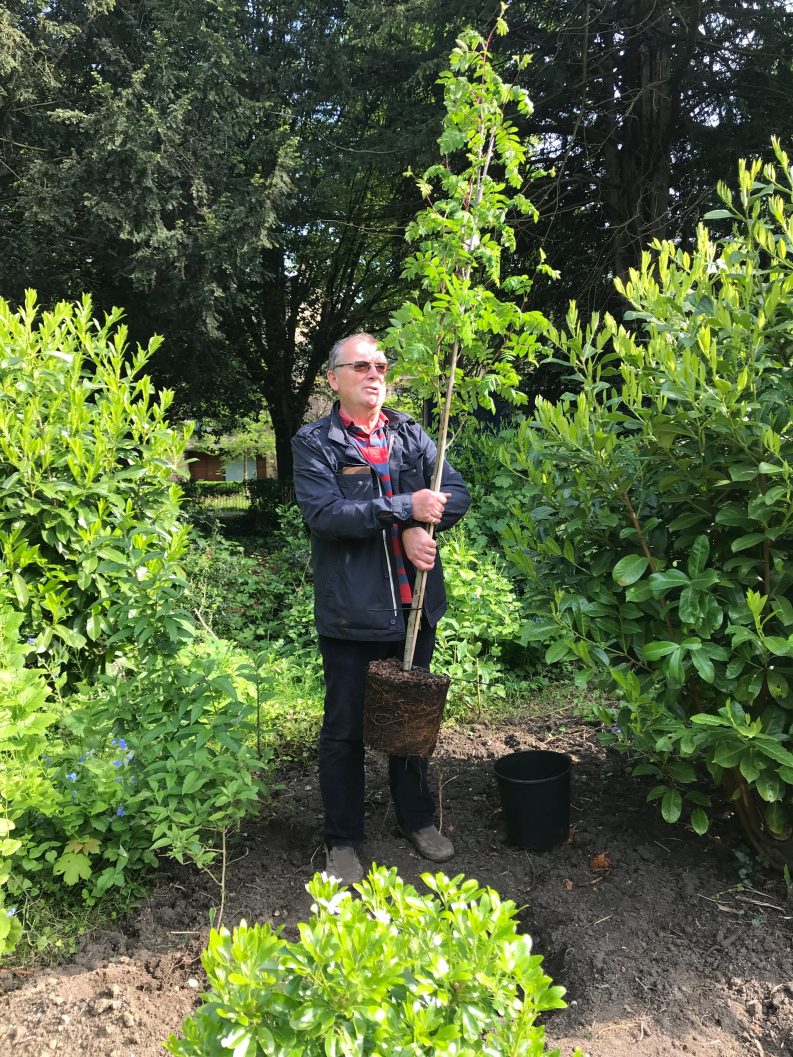 By now the Muntjac deer that regularly forage in our garden will have noticed a new and potentially delicious addition to their larder. It is a young tree, with beautiful pinnate leaves, recently planted (on Friday 18 May 2018) in the south-eastern corner of the lawn. And although the Muntjac is not a native species, the tree will almost certainly jog its ancestral memory, for the tree is a Rowan (Sorbus aucuparia) and is as widely spread in China, the deer’s original home, as it is in Britain and other northern European countries. A large amount of species diversity occurs, of course, especially in China, but not enough to confuse our clever little visitors.

The deer had better beware, however. Before sinking their teeth into the familiar leaves of this lovely young tree, they should read the notice planted in front of it. (They have learnt English, of course, since being introduced into Britain by the 11th Duke of Bedford in 1894.) 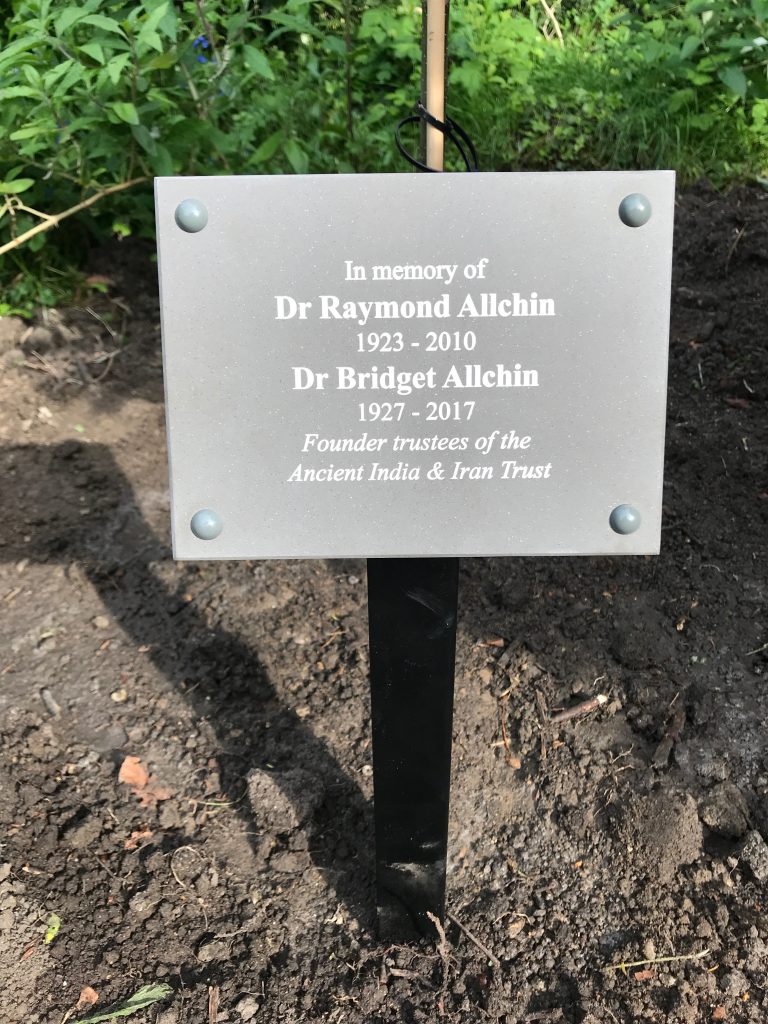 This might make them realise that the tree is of protected status. And had one of the deer been hiding behind the magnolia tree at 4:30pm on Friday afternoon, she would have seen around 25 brightly dressed humans drinking Spanish champagne, eating Pringles, and watching William and Paula Allchin, the son and daughter-in-law of Raymond and Bridget, planting it. 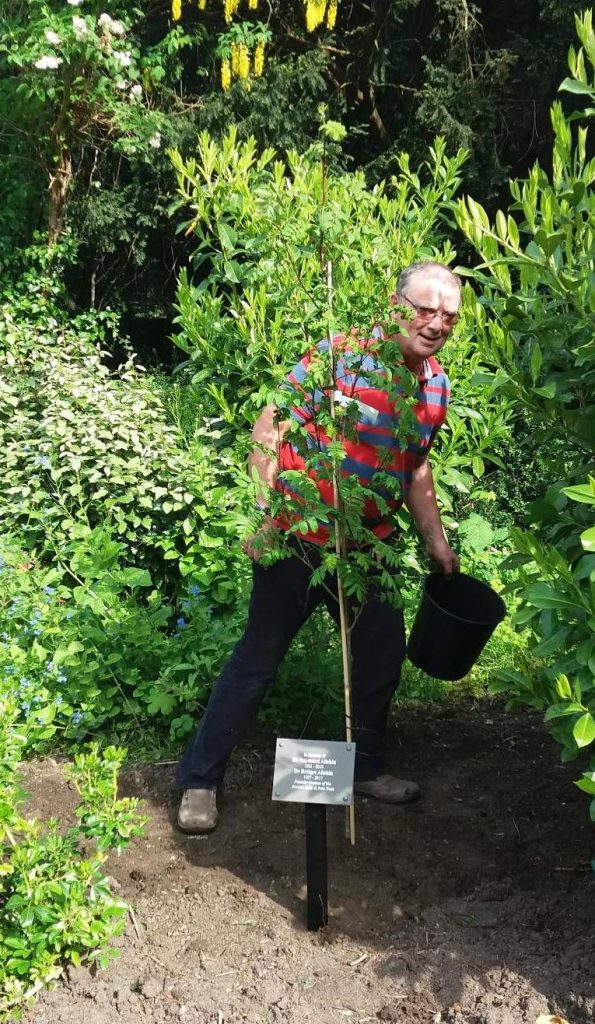 William and Paula Allchin planting and watering the rowan tree 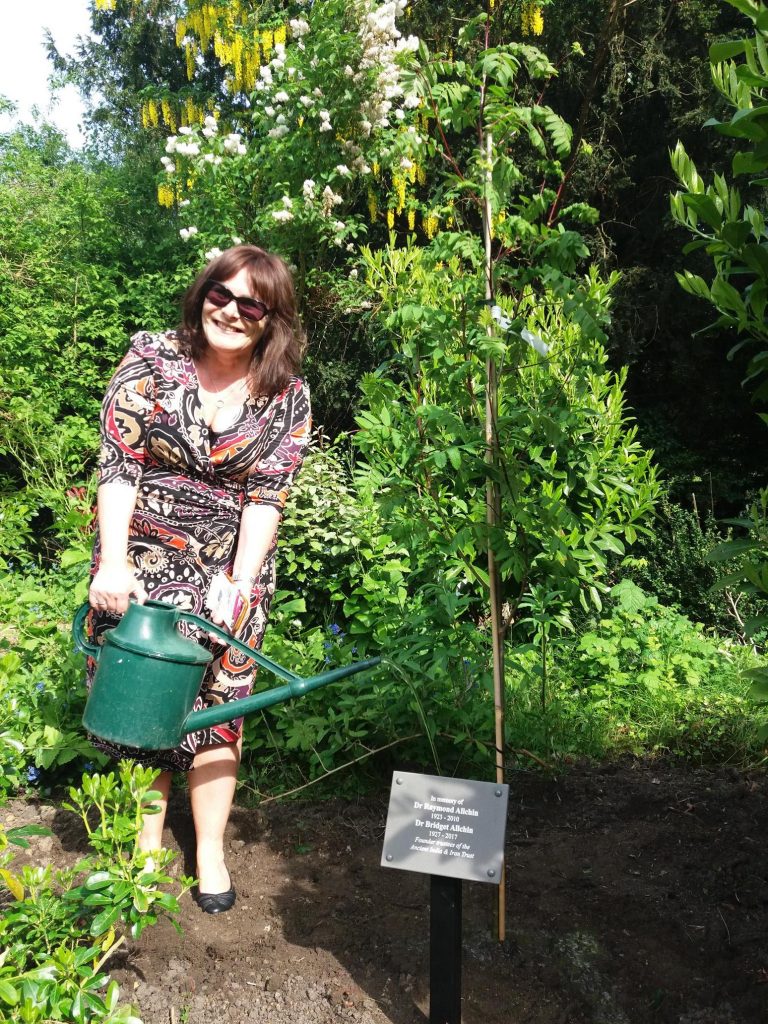 According to Richard Mabey in his splendid Flora Britannica (p. 203), the rowan was ‘once widely planted by houses as a protection against witches’ and ‘in parts of Scotland there is still a strong taboo against cutting down a rowan tree, especially when it is close to houses’. The choice of tree and the position of planting is, therefore, entirely appropriate, and would have been especially appreciated by Bridget, a proud lowland Scotswoman.

An uninvited guest to the party on Friday was a swarm of bees. They decided to form a hive on a branch of the spring-flowering Osmanthus (Osmanthus x burkwoodii) opposite the door of the house, an hour before the festivities were about to begin. Terrible timing, unfortunately. Had they come much earlier in spring when the Osmanthus was flowering, they would have had a larder on their doorstep. Or had they been patient and waited for the Rowan itself to flower in a few weeks time, or even more patiently, waited until autumn for the companion Osmanthus (Osmanthus heterophyllus) opposite the door to flower, they could have had an abundance of rich summery nectars to sup from. As it was, for fear of frightening our guests, we had to arrange for a bee enthusiast to come and transport them to one of his own hives. 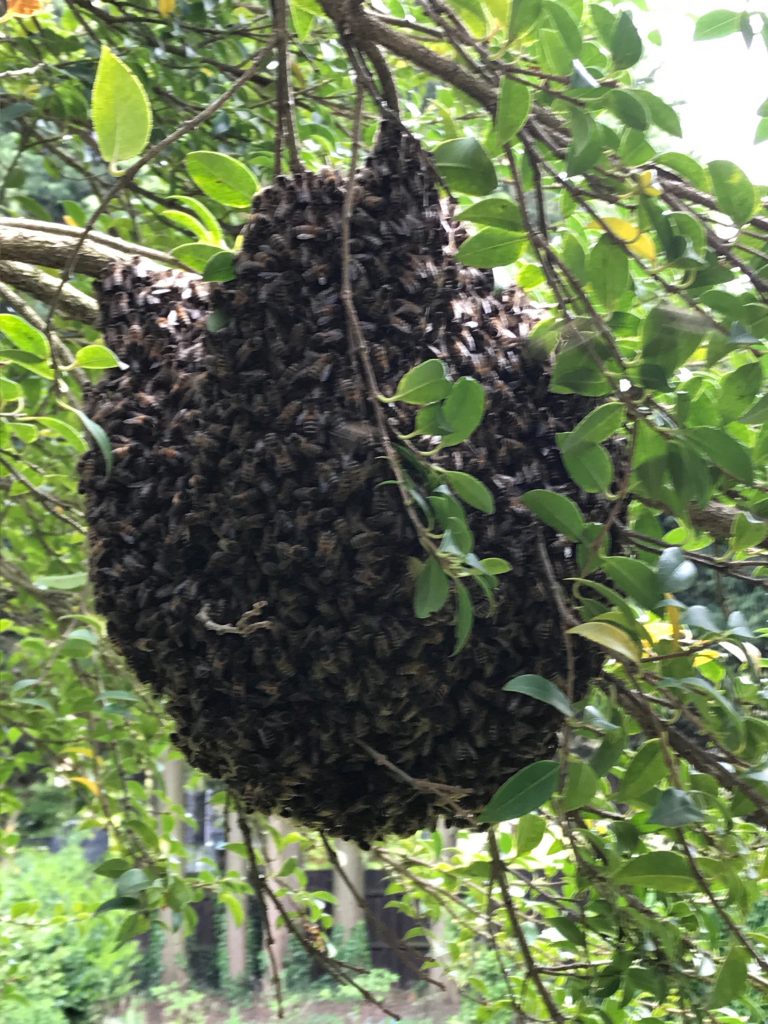