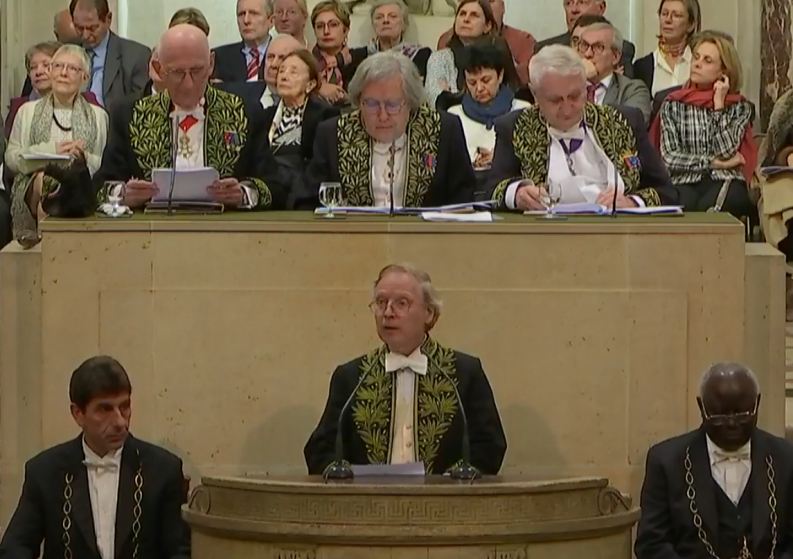 The General Assembly of the Union Académique Internationale (International Union of Academies), which took place in Paris on 25-29 November, was attended by no less than three of our trustees: Professor Almut Hintze and Professor Nicholas Sims-Williams, as the two representatives of the British Academy, and Professor Sam Lieu, the current President of the UAI. 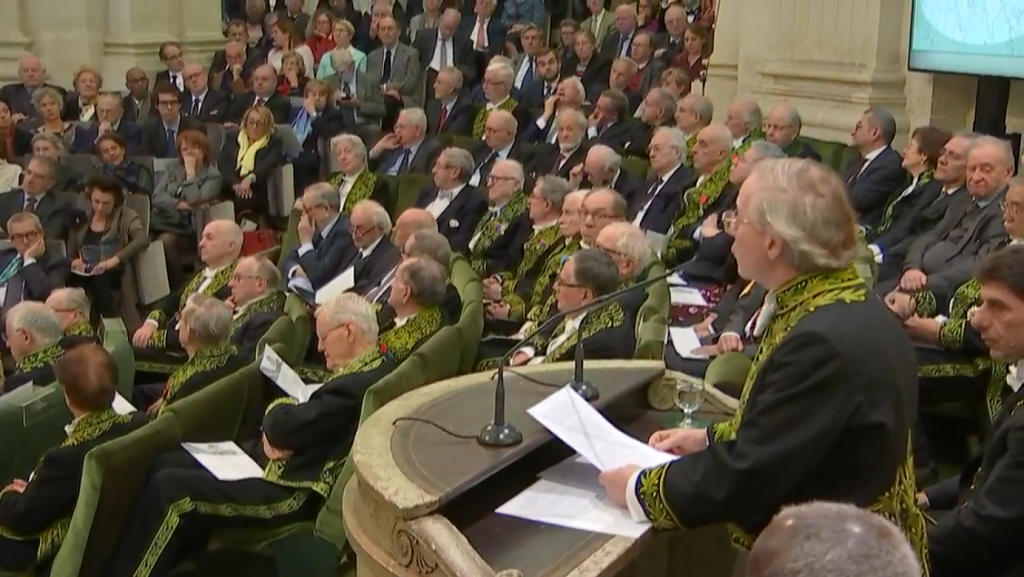 The UAI was founded in 1919 at the conclusion of World War I, with the aim of bringing together the academies of the world to collaborate on long-term projects. This centenary General Assembly concluded on Friday 29 November with a magnificent ceremony under the cupola of the Institut de France, during which Nicholas, wearing the traditional costume of the académiciens, gave a lecture in French on ‘Knowledge without frontiers, yesterday and today’. The whole ceremony, beginning with the academicians filing past the soldiers and drummers of the Garde Républicaine, can be viewed online here.
(Nicholas’s 15-minute lecture begins at approximately 1 hour 15 minutes.) 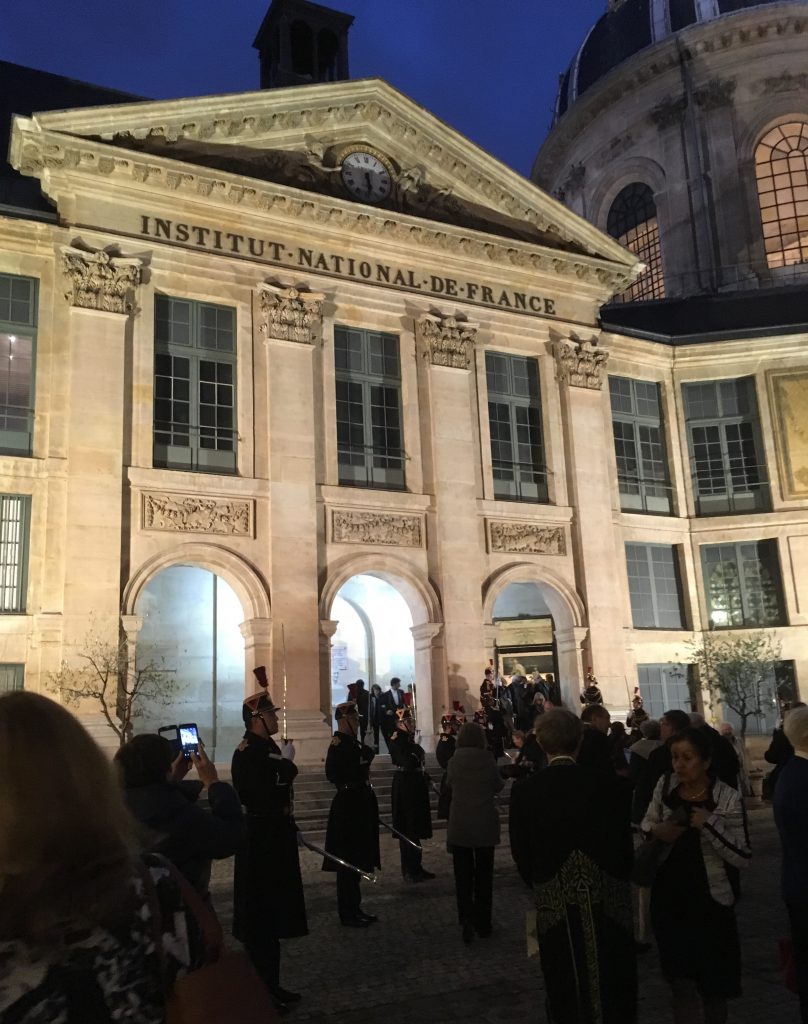